THE EXHIBITION HAS BEEN EXTENDED UNTIL
8 OCTOBER 2022!

The new exhibition in Galerie Scheffel’s Jakobshallen art space brings together some 30 of Stefan Rohrer’s unmistakable sculptures and works on paper. In her introductory speech at the opening, Prof. Beate Reifenscheid, director of the Ludwig Museum in Koblenz, paid tribute to the work of this Stuttgart artist, whose works delight not just connoisseurs of art. The “Stefan Rohrer – Drift” exhibition can be seen in the Jakobshallen, next to the Bad Homburg castle, from 21 May until 10 September 2022.

Stefan Rohrer considers his space-consuming free-standing and wall sculptures as “three-dimensional comic-style drawings”. Bold curls, strong colours and a subtle humour on the myth of the car are his hallmark. While dumped cars and scooters are the raw material of his large free-standing works, his three-dimensional wall objects are created from model cars. With a craftsman’s precision and finesse, he deconstructs the basic form of the vehicles, dismembers, distends, stretches, distorts and amplifies them into autonomous works of art, their elegant pirouettes or giddy swirls visualizing simultaneously the two sides of the moving car: the thrill of speed and loss of control.

“[My] works combine movement and stasis, reality and illusion, playfulness and seriousness”, explains Rohrer. As if frozen in a single moment, his works trace the course of movement in space, capturing it in an image of a dynamic that has come to a standstill. They radiate lightness and levity, yet always resonate with the danger of potential catastrophe. Thus they tell ambivalent stories, whose endings are left to the imagination and experience of the observer.

Deliberately, Rohrer always chooses models that have achieved cult status – whether as racing cars or normal passenger cars. At times he makes reference to the history of motor sport or to the role of stylish motors in well-known films, at others it all turns – in the most literal sense – on an individual vehicle. Whether luxury coupé or old heap, status symbol or anti-establishment statement: Stefan Rohrer plays with the meaning of cars as objects of identification, as private places of refuge in the public space and as the embodiment of freedom, independence and adventure. With a wink of the eye he reflects in his sculptures our personal memories, dreams and also our reservations about motor transport.

In the Jakobshallen, his playfully entitled work “Entzwei 2”, made specially for the exhibition, visualizes the typically rocking ride of a Citroën 2CV, known as a “Duck” (Ente) in Germany. In a high arc, it spits out its innards from its stretched duck’s bill made of mudguards and bonnet as it comes to a sudden halt: steering wheel and seats are catapulted into the air by the centrifugal force. And also headlights, front wheels and the engine of this vehicle, raised at the back and frozen in movement, follow the curve of this trajectory. Also in original size, a light blue Vespa (“Vespa azzuro chiaro”) winds itself around a lamp-post bent out of shape by the force of the collision, while a red and white “Jawa” scooter seems to have been thrown off its curve: its front wheel hurled forward and high into the air from its loop-shaped, twisted and stretched running board, while its rear wheel takes the observer back in time to the moment it was still firmly on the ground.

In his wall work “Cobra 7”, one can see before one’s own eyes how a British AC Cobra sports car races off course, clips the track barrier, then turns, swirling on its own axis. By contrast, the small-format “Mustang” comes off the track and throws its parts out in all directions. In “Power Flower (Beetle)” the steering wheel and seat of a VW Beetle shoot out through the roof following a sudden stop, unintentionally forming lush flower petals. Was this accident caused by a sideways skid of this rear-wheel drive vehicle? The sideways position of the Beetle suggests it. Like these, many other pieces in the exhibition tell stories of the thrill of speed and of dangers bordering on catastrophe.

Rohrer made his name mainly as a sculptor, yet his large-format drawings in waste oil and pencil form a separate group of works in his canon. The pictures in his “Ölfleck” (Oil Slick) series depict old, oil-stained gearboxes, carburettors or fuel pumps, the remains of their still connected cables and tubes seeming to waft like tentacles in the water. As a result, the car parts seem almost like human or animal organs – or flotsam contaminating the seas with their spent oil.

Stefan Rohrer, born in 1968 in Göppingen, qualified as a master stonemason before studying sculpture at the Burg Giebichenstein University of Art and Design in Halle (1998-1999), then at the State Academy of Fine Arts in Stuttgart (1999-2006). His unmistakable works have been shown in numerous solo and group exhibitions in Germany and abroad. They are also to be seen in the public space in many locations, and are represented in museums and leading private collections. Rohrer is a winner of the Lothar Fischer Prize, has exhibited frequently at the Blickachsen Sculpture Biennale and, in 2014, at the Busan Biennale in South Korea.

Now, Stefan Rohrer, who took part in the opening exhibition of the Jakobshallen in 2016, has his first solo exhibition here in the spaces of the former Jakobskirche church: large-format free-standing and wall works, as well as smaller models and examples of his characteristic “Oil Slick” drawings. Together, they form a spatial and dynamic dialogue with each other – and with the history of this formerly holy location as a space for self-reflection.

The exhibition is open Wednesday to Friday from 2-7pm and on Saturdays from 11am-3pm.

We will be happy to provide press photos free of charge. 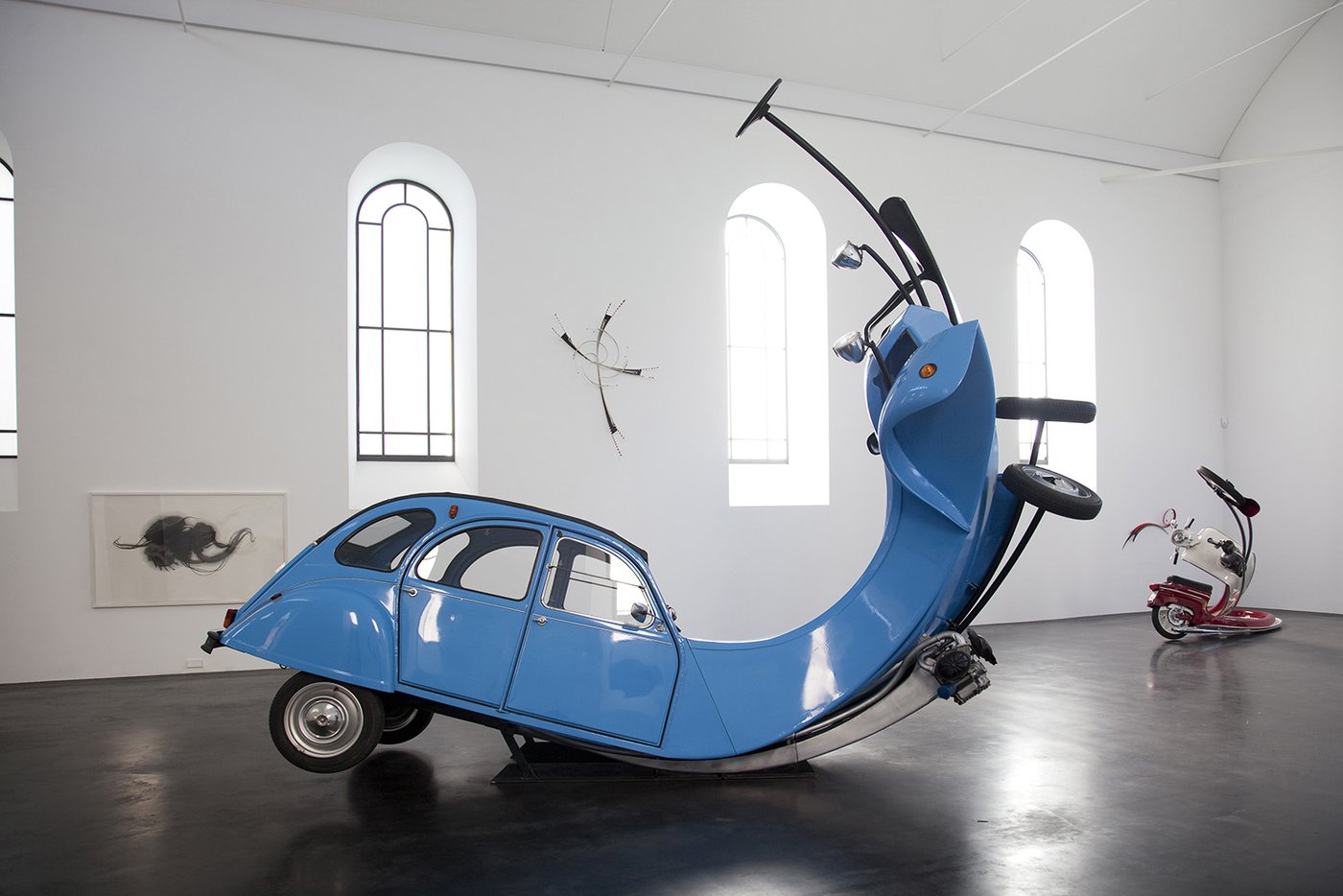 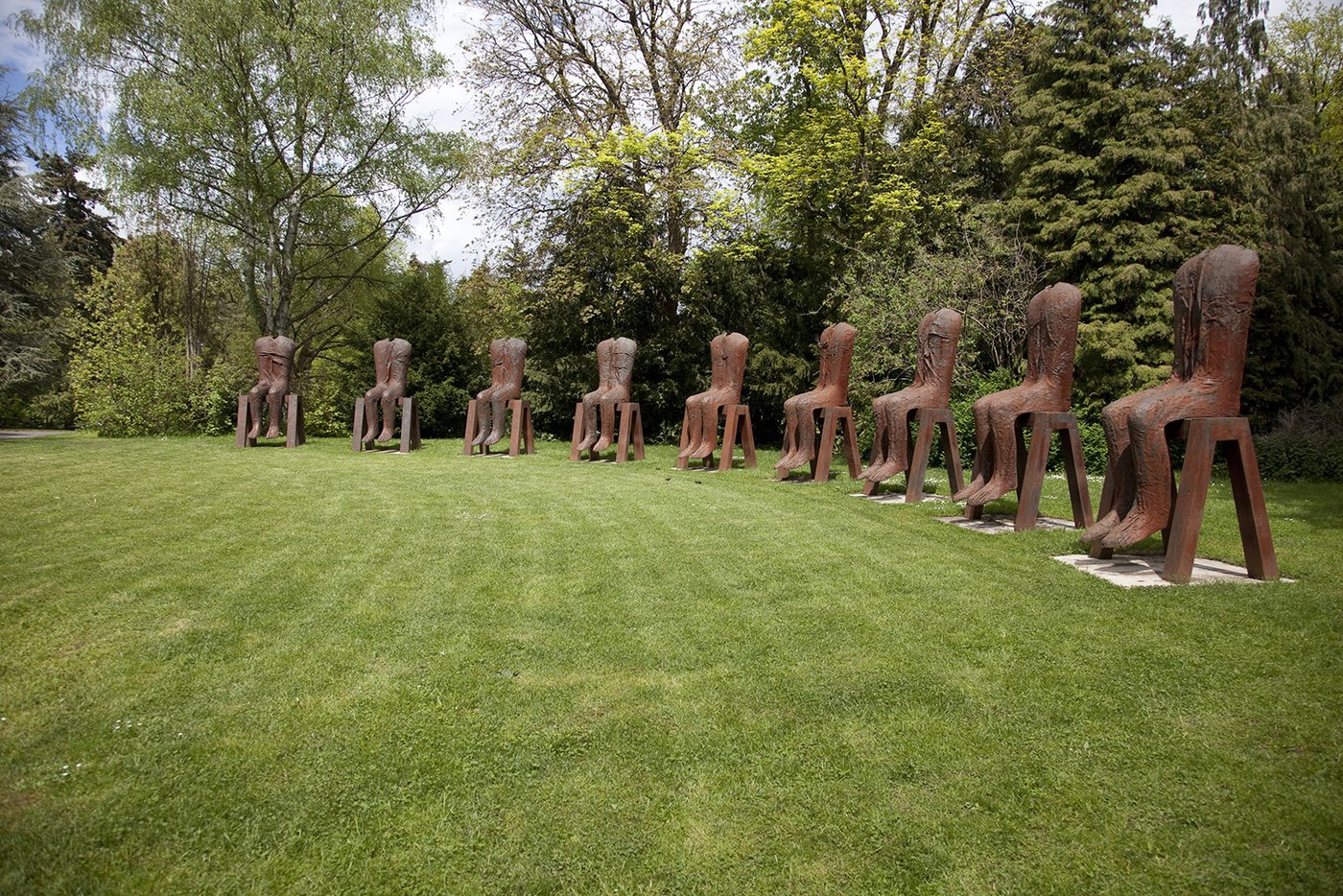 Galerie Scheffel Sculpture Park in the Gustavsgarten, Bad Homburg
since May 2018 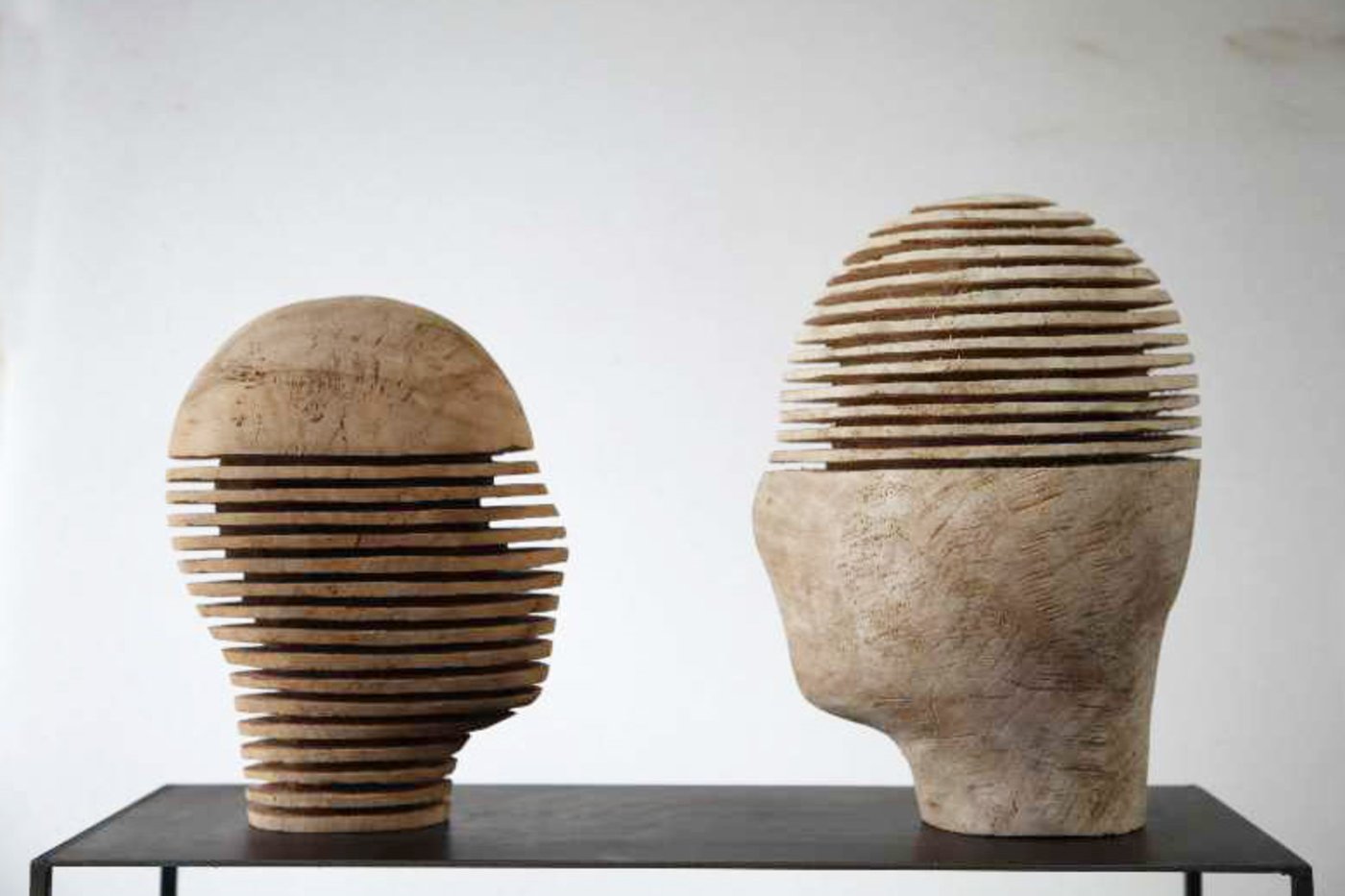